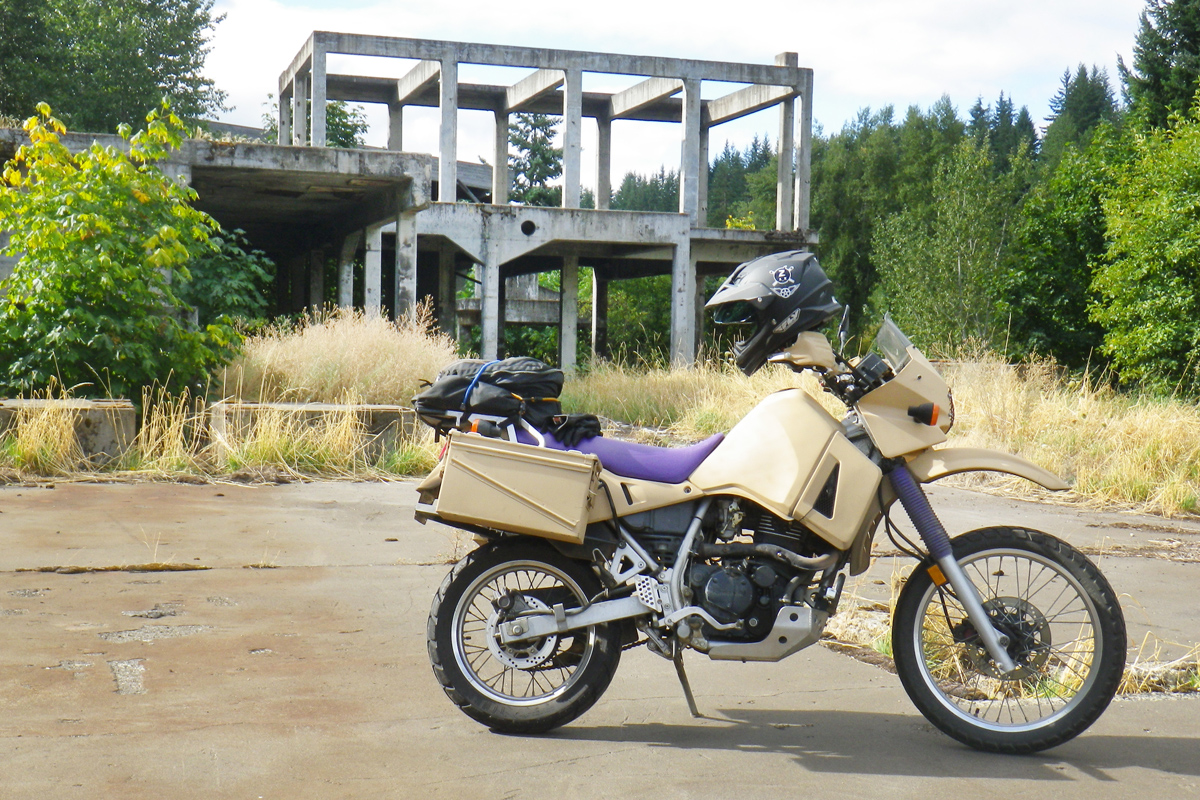 The bicycle shop I work for in Portland has a good relationship with another shop over in Hood River, Oregon and for two years running now we've been doing a bicycle ride between the two towns up over the side of Mt Hood. In 2013 we rode from Portland to Hood River and this last August we did the ride in reverse. I also decided to change things up and brought the moto intstead to run support for the cyclists. 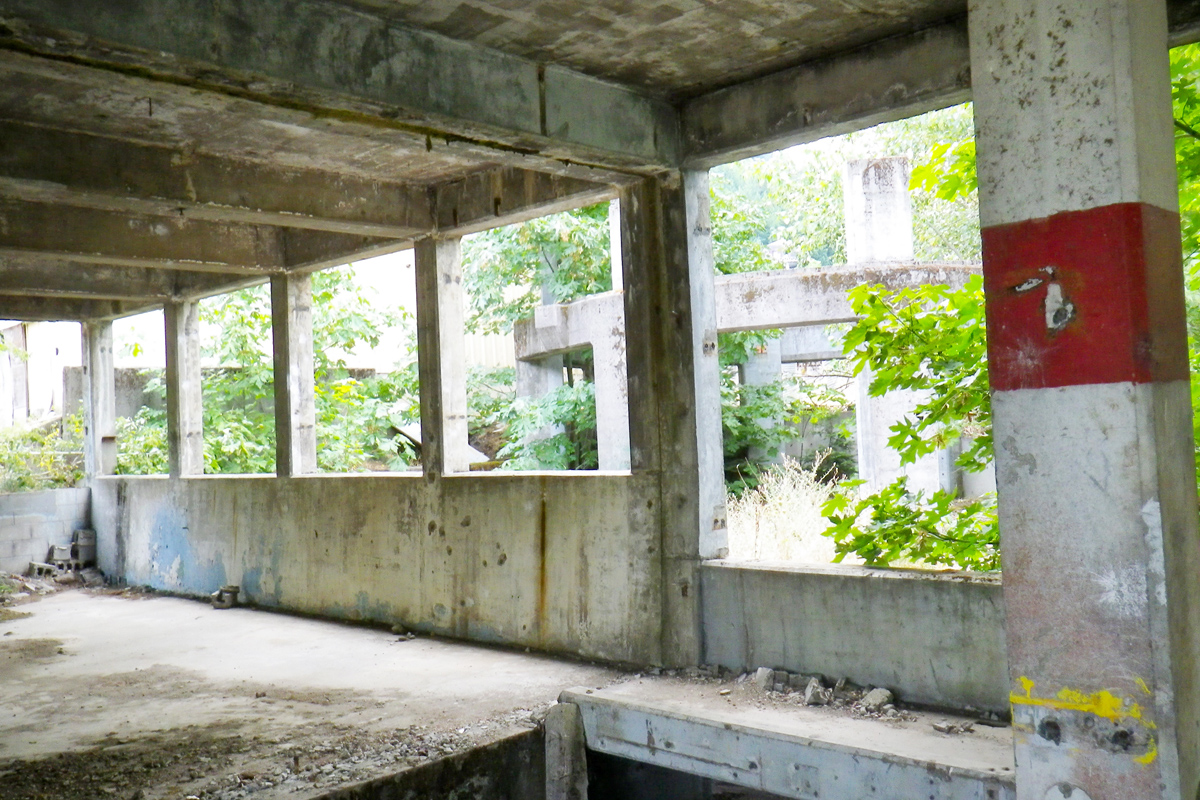 Just outside of Hood River lies this cool old mill/powerhouse. So after seeing the cyclists start off their ride I rode ahead to have time to poke around a little. I've always been a huge fan of the KLRs ability to get me into and out of places I *might* not supposed to be at in the fist place. This one isn't challenging to get into (not by any stretch of the imagination) but it's nice having a means of getaway should I run into the wrong cermudgeon. Plus my moto lends itself particularly well to the post-apocolypptic photo op. 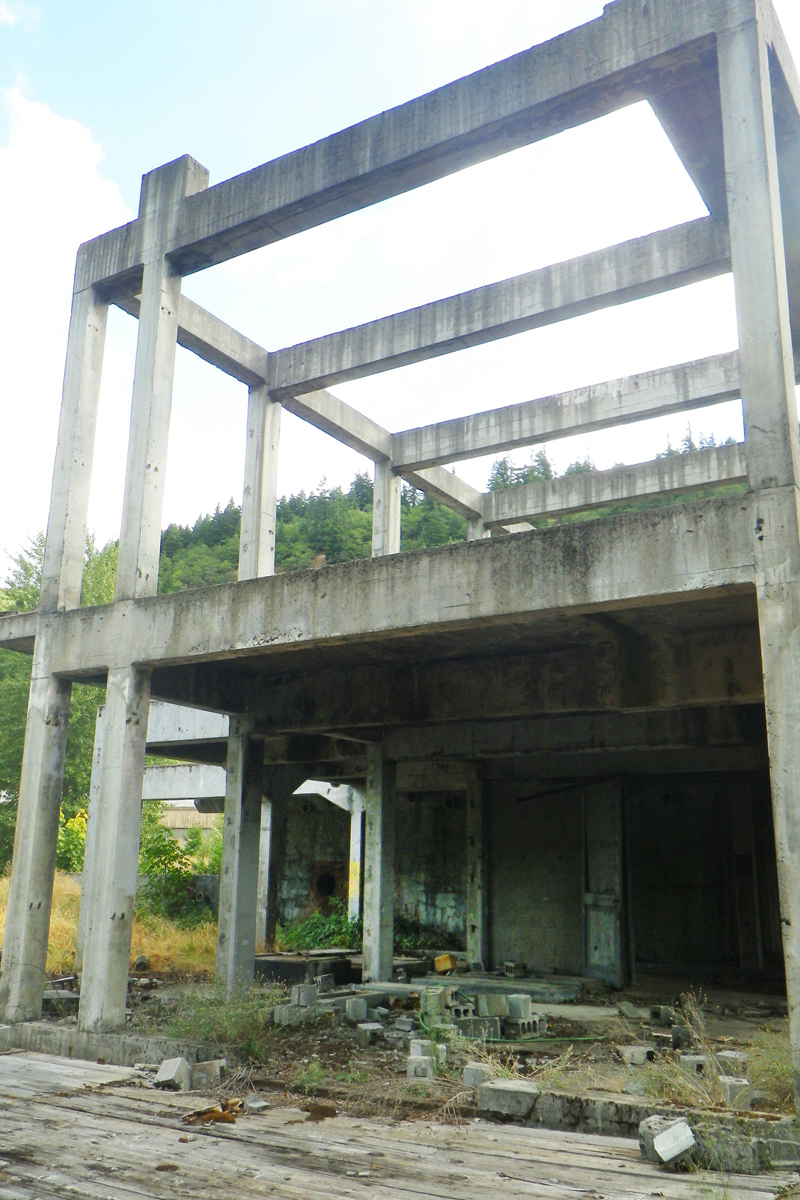 Have I mentioned I love exploring old abandoned buildings? A perfect cross section of failed days of yesteryear. Really fascinating stuff. They tell an amazing story of old commerce, and the frequent inhabitation of the disenfranchized since the commerce died. Like studying economical skeletons or some other heavy metaphor.

Oooh! They also have great graffiti. Nothing like an empty building to give a guy a lot of time to paint... 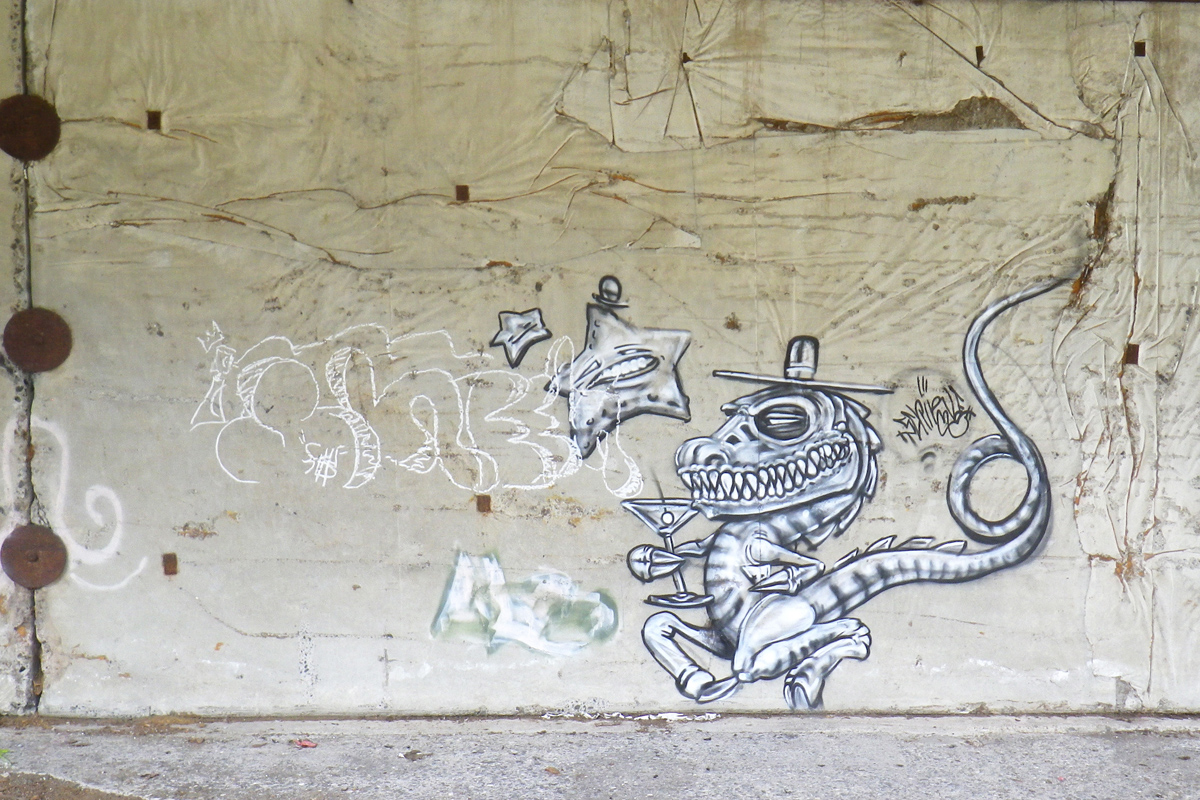 After a little wandering around I checked back in with the cyclists and rode ahead up the lesser of two passes. This one affords some nice views overlooking the valley leading back in to Hood River. It also has some engaging old logging roads worth brief exploration. 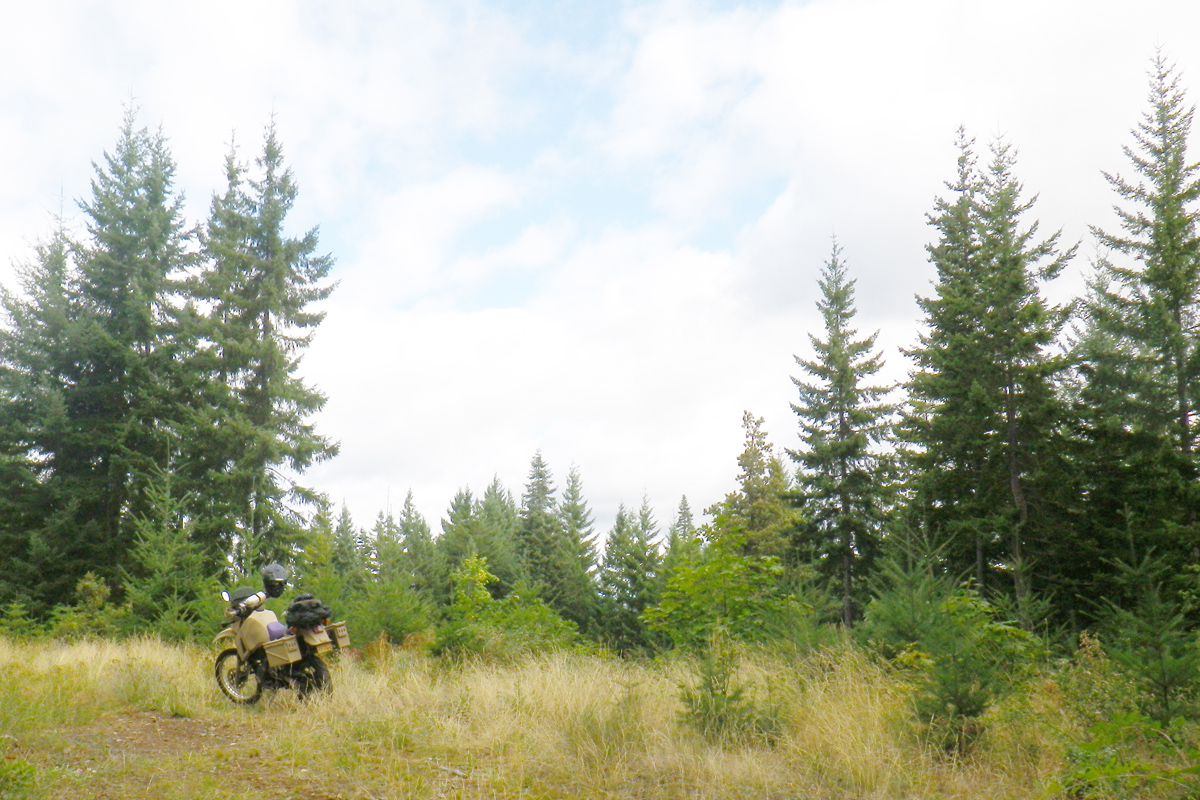 Colder weather quickly moved in as the road turned to dirt and it began to rain. Major bummer for all the guys on pedal bikes without any additional layers. To be fair it was warm and sunny when the ride started so who knew... I stopped at the top of Lolo Pass to wait for everyone to make the climb. 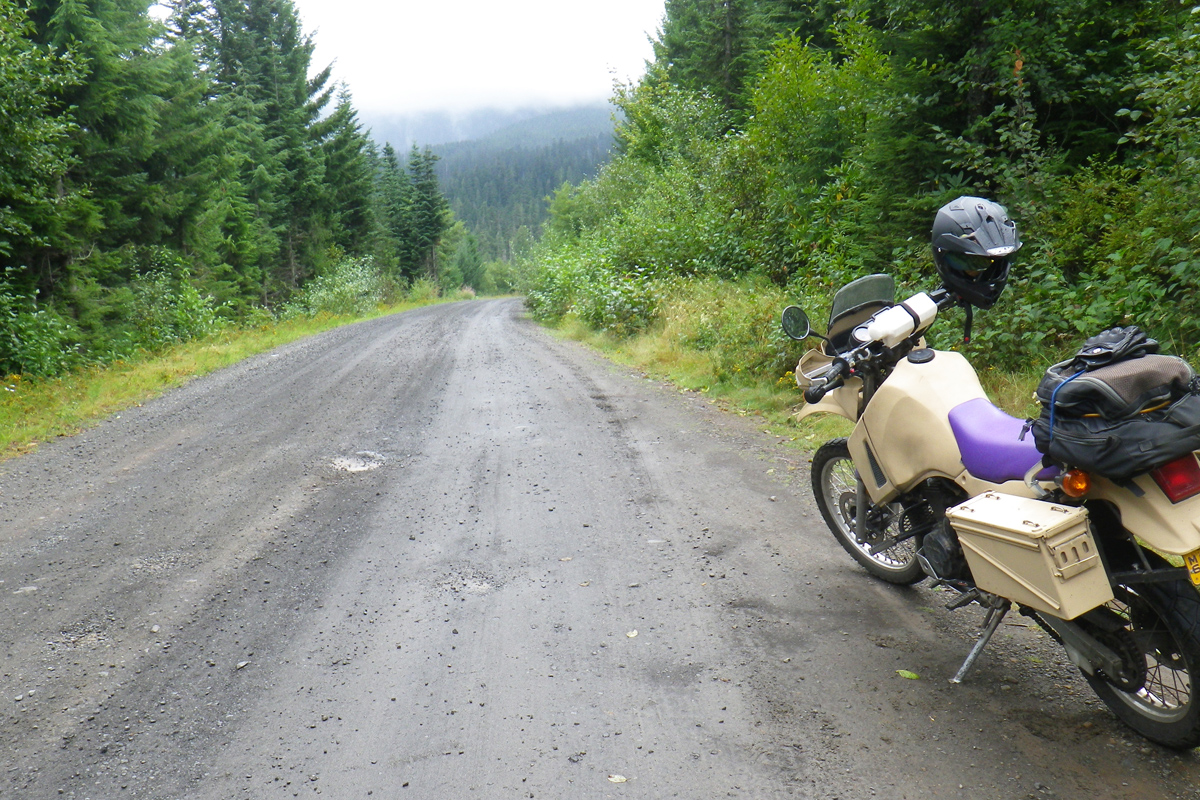 And I had snacks. Holy shit I had snacks! Olympic Provisions (now "Olympia Provisions" thanks to some bullshit from the Olympic Committee. Fuck those guys),  for those who don't know makes phenominal cured meats right here in Portland, Oregon and I've now found them to be an excellent multi-day ride snack. Very filling, and they keep for several days in mild to cold temperatures (my findings not how Olympia Provisions promotes them). My personal favorite is the Chorizo Rioja. You know, in case anyone wants to buy me presents. 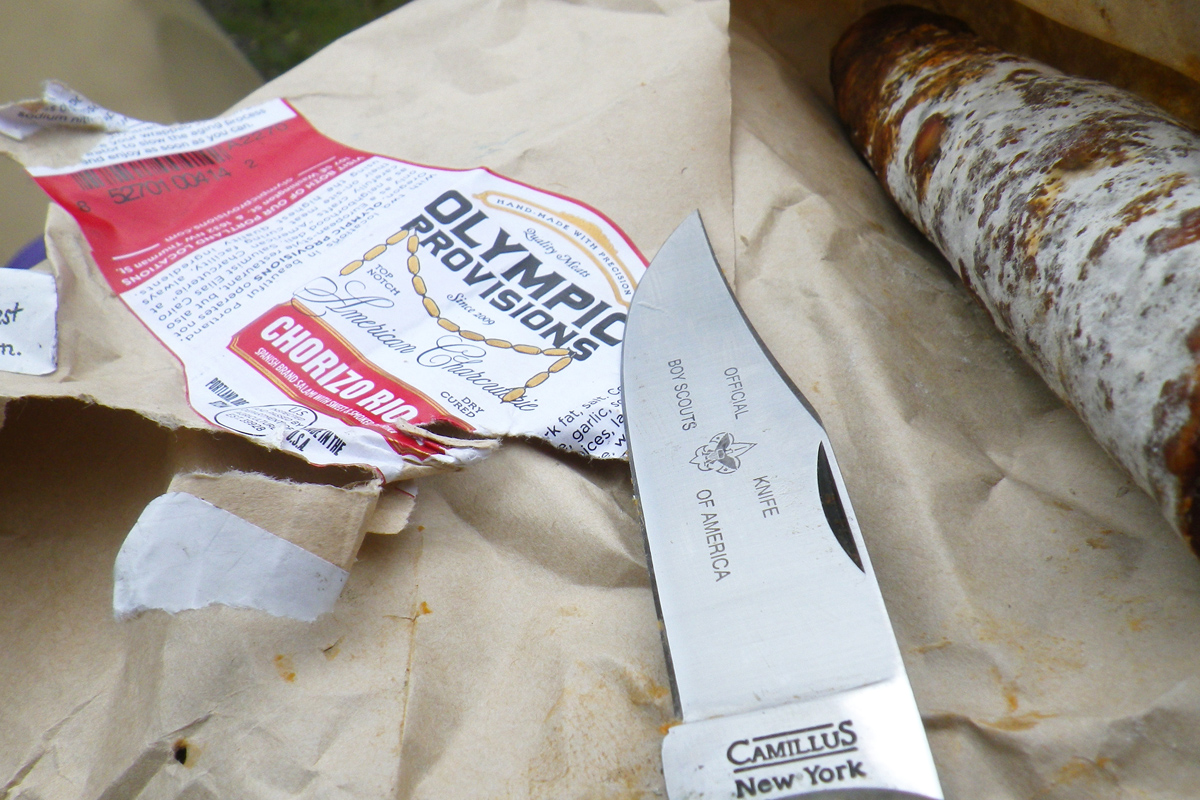 My last official duty of the day was to ride ahead and host a margarita stop. Roadside margs by bicycle are another favorite thing of mine. I didn't get to have any because I was on the moto, but I think they were well appreciated by everyone else on the ride. 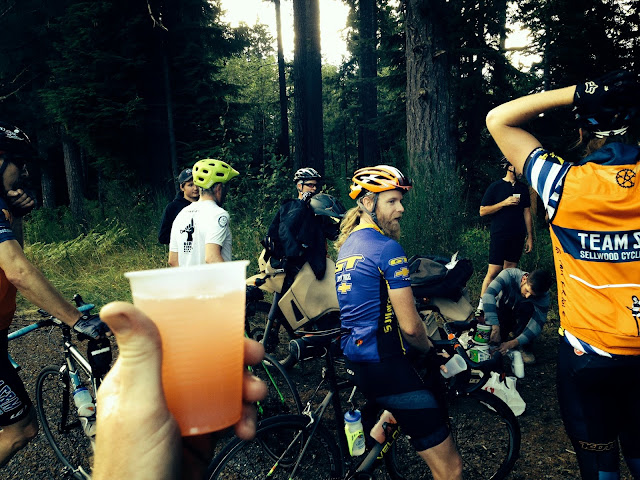 And the perfect spot for the stop was in the sun (which thankfully reemerged) next to this cool old abandoned house. Hmmm I'm noticing a theme. 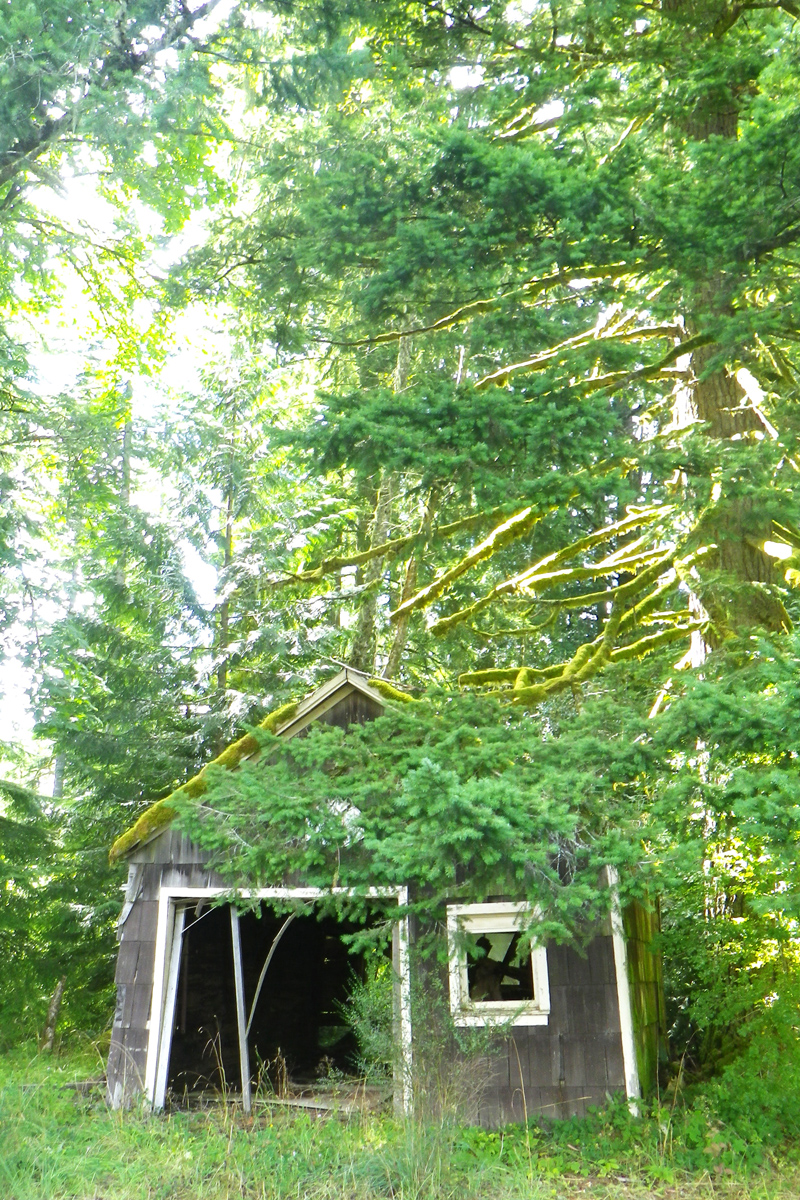 This road actually is an awesome lead-in back to Portland for those not particularly enthused about riding in traffic on Highway 26. Its far quieter and has some really amazing rolloing hills. It's also freshly paved and full of excellent twisties. A little easy to get ahead of yourself out here but a lot of fun. Just make sure you watch out for cyclists...

To read the bicyclist's account of this day's ride check out the blog at Sellwood Cycle. More great photos there and good storytelling.