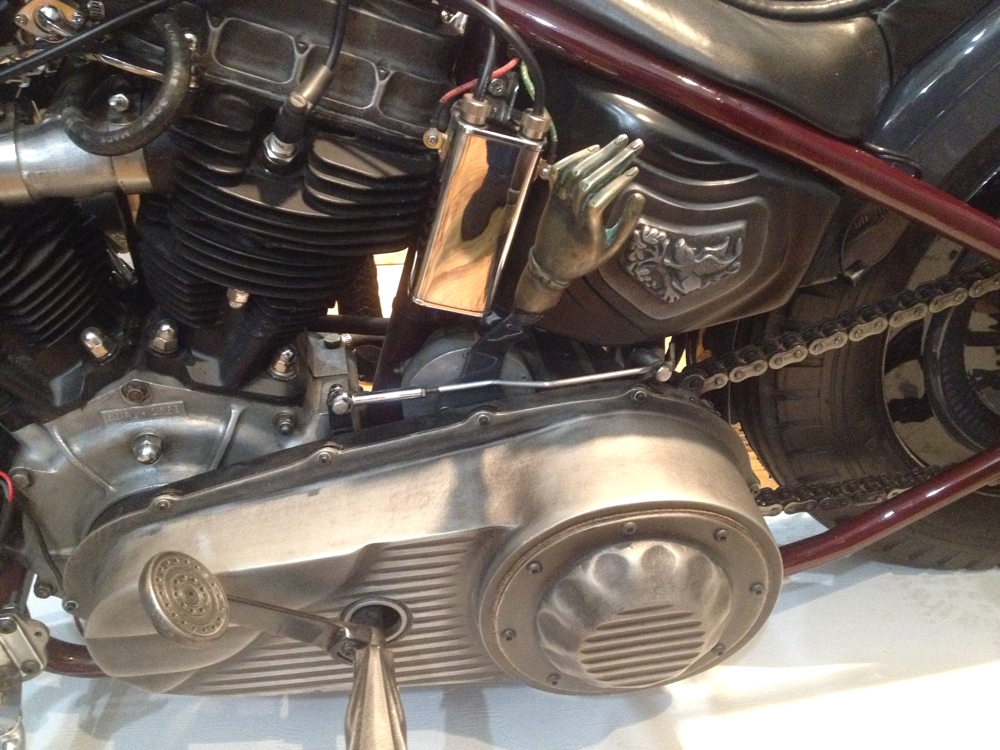 I spend the cold, wet, months of Portland's winter hibernating (read: working in my studio). But that's not to say that time is completely devoid of motorcycles. In fact Portland is home to one of the cooler handmade motorcycle shows in the country: The One Motorycycle Show. It falls in early February, and this year aligned perfectly with Portland's own "Snowpocalypse". Perfect timing for all those rad group rides hoping to zip around the city and wind up at the show.

Far be it for me to take anything other than a two-wheeled ride to the show, but not about to fight the KLR the whole way there, I opted to throw some zip ties around the wheels on my dirt jumper (quick studded tires) and pedal my way over. 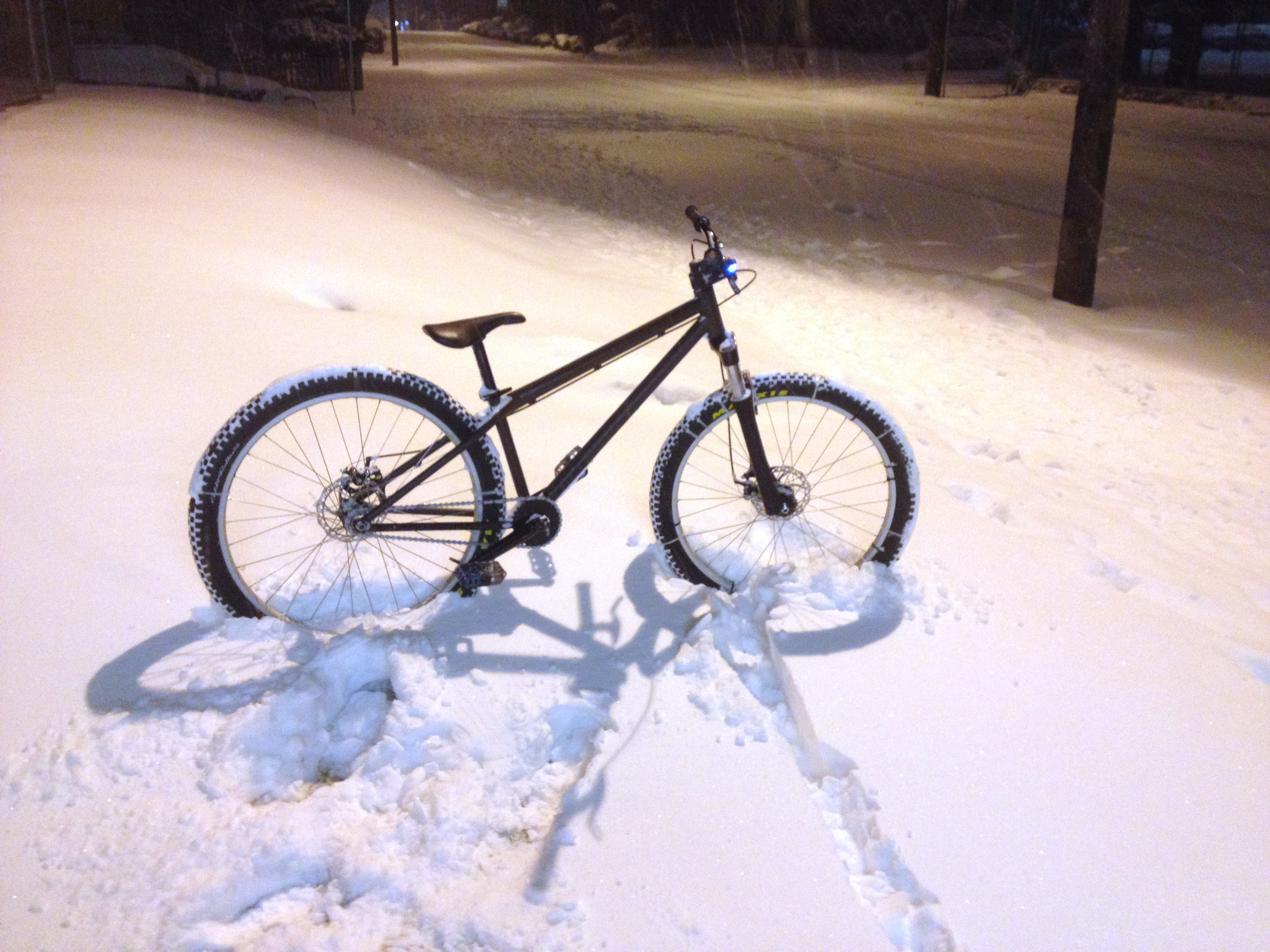 The show was considerably larger this year than in years past, with a hearty showing of some very impressive bikes. I was taken by the large number of retro-70s style choppers present. It's funny how styles recycle themselves after so many years. There were also inklings that not everyone who got their motorcycle into the show was necessarily invited (though that's probably just mere speculation on my part), but here's a taste of some of my favorite rides. I apologize for some of the poor photos, it was damn packed in there and tough to snap a decent pic. 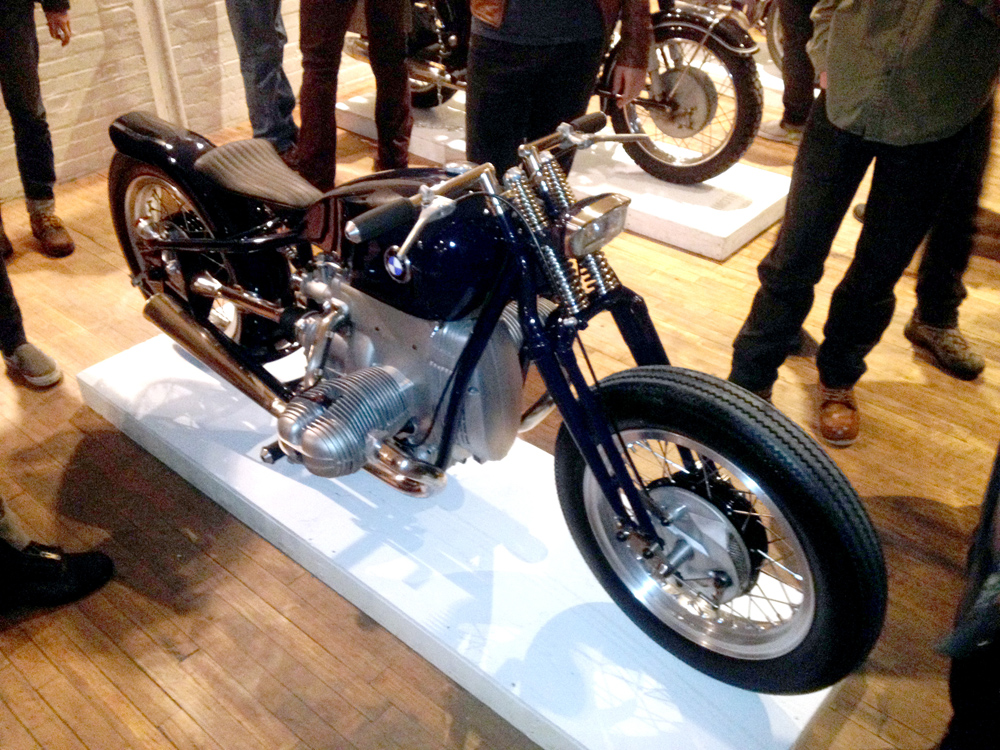 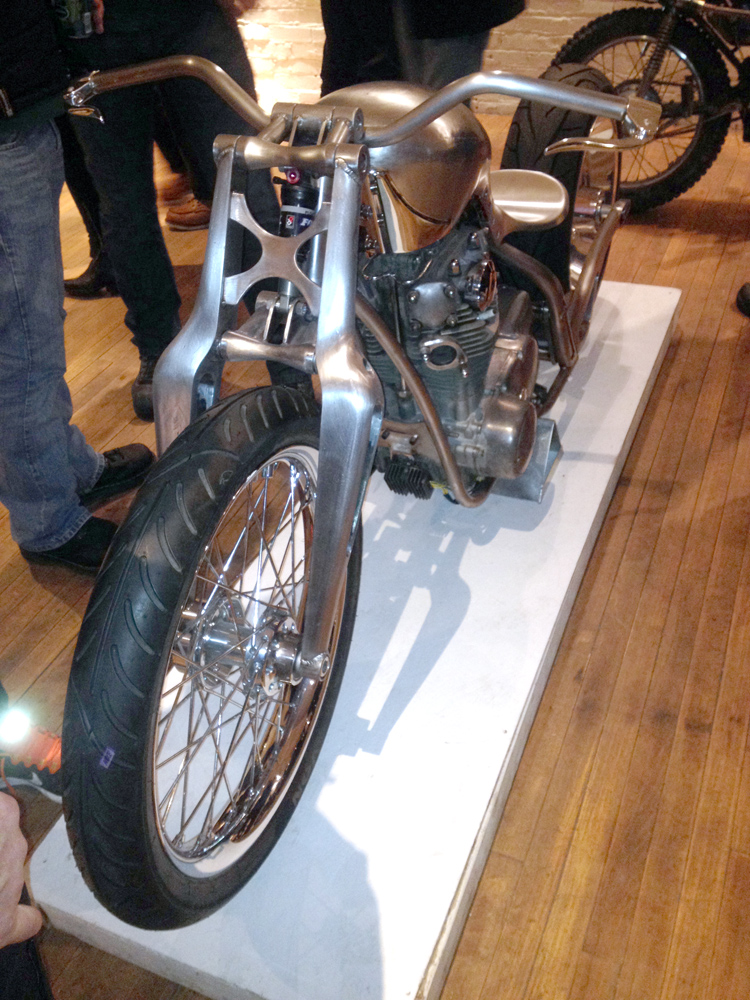 The guys from Bixby had the biggest little showing at the event. Like this tiny shred wagon which killed it in the snow. 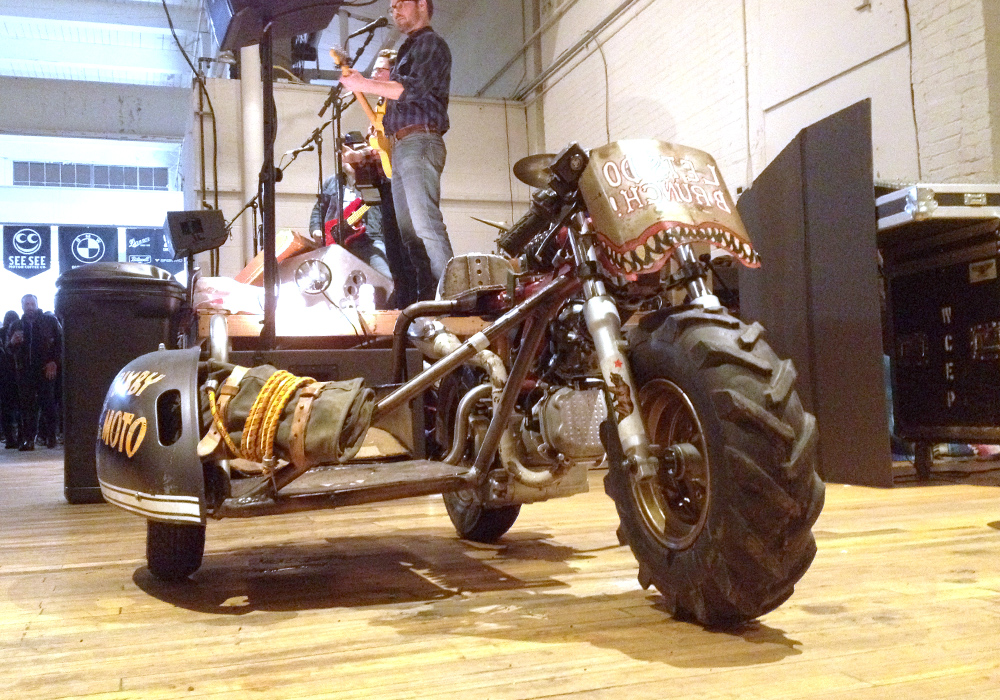 It's all about the details. Not happy with your exhaust tips? A little time with a tig and some tubing, tack on some mesh, and blammo! 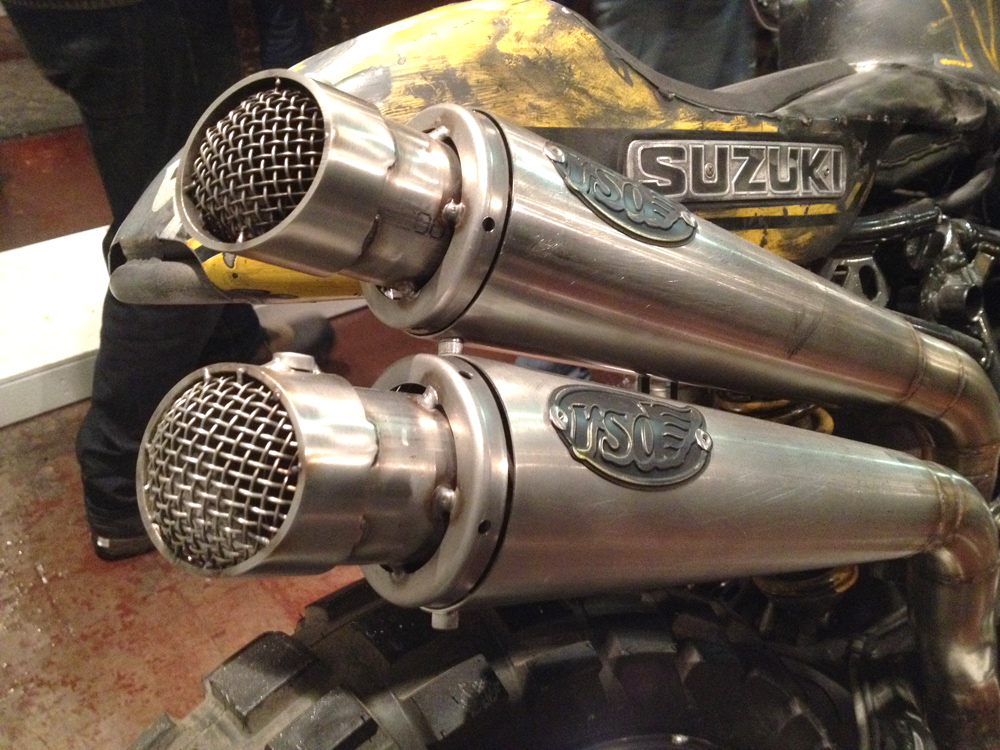 And, for the record, some folks DID ride their motorcycles to the event. And good on them! 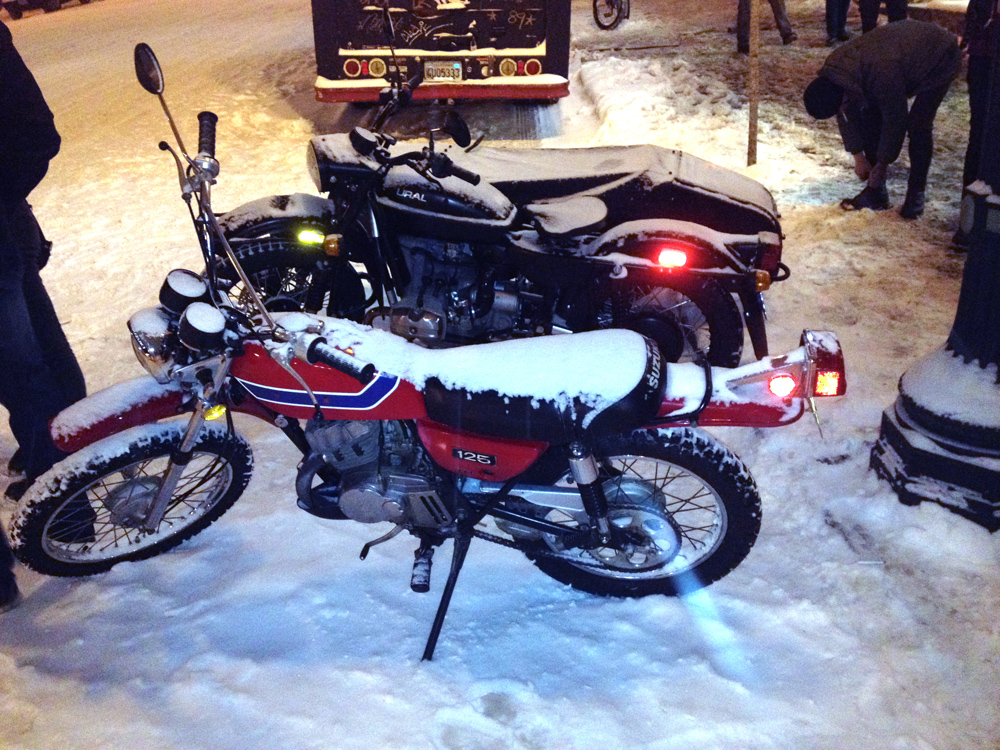 On April 19th I stopped by the start of the Sang-Froid Riding Club's Annual Alley-Sweeper Ride. I did a writeup on last year's ride. It's an awesome event and I'm stoked they continue to organize it.  I wasn't able to make it on the ride itself, but documented some of Portland's excellent showing for the event. 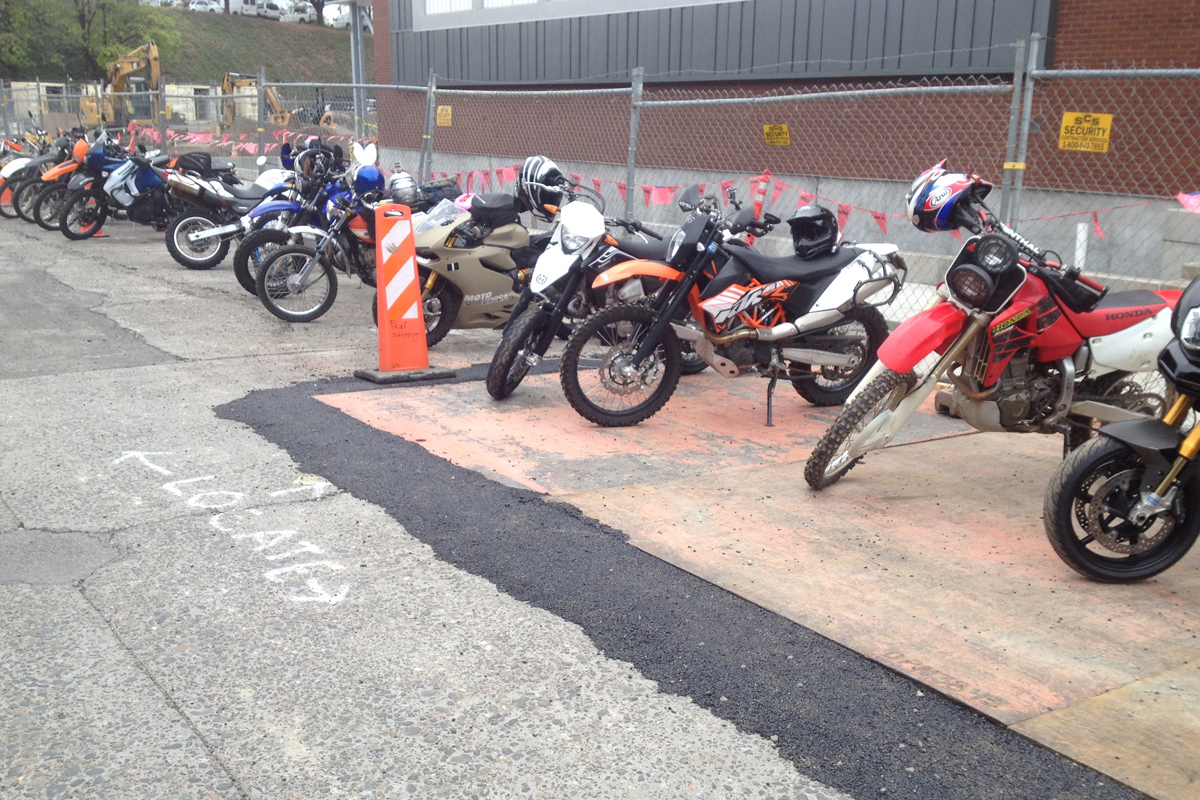 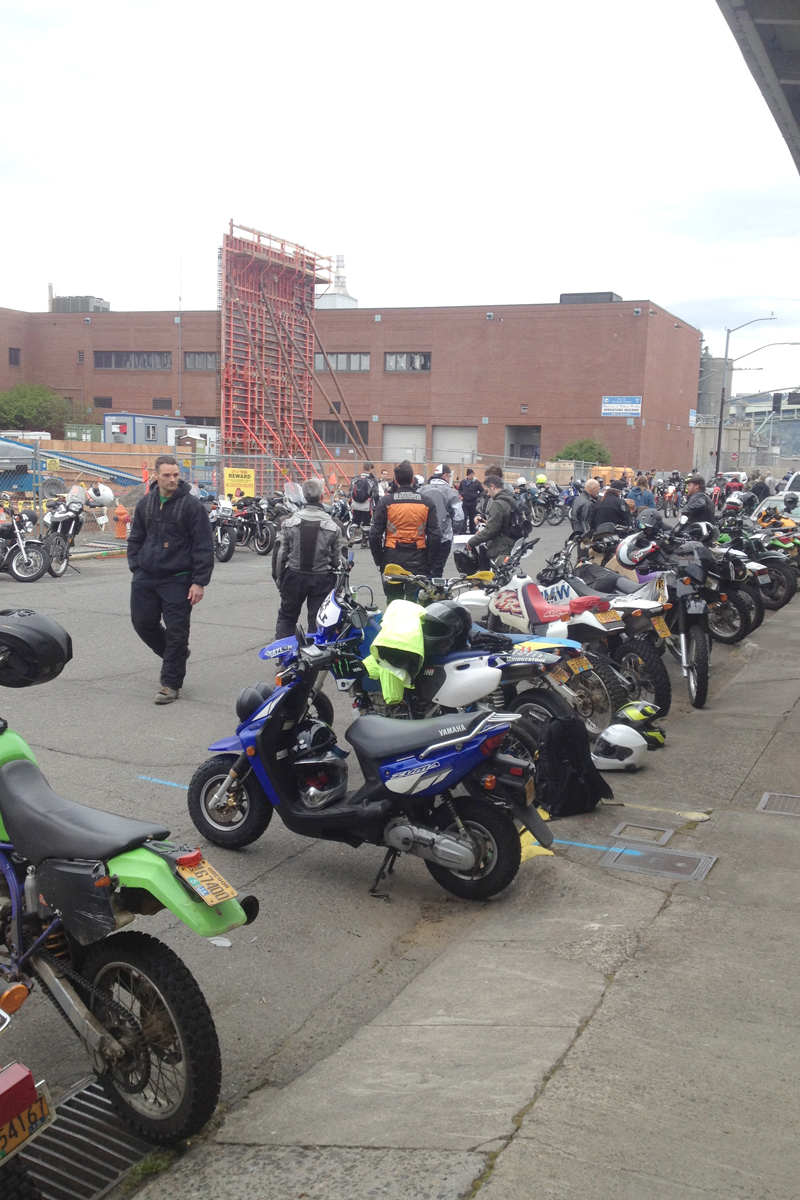 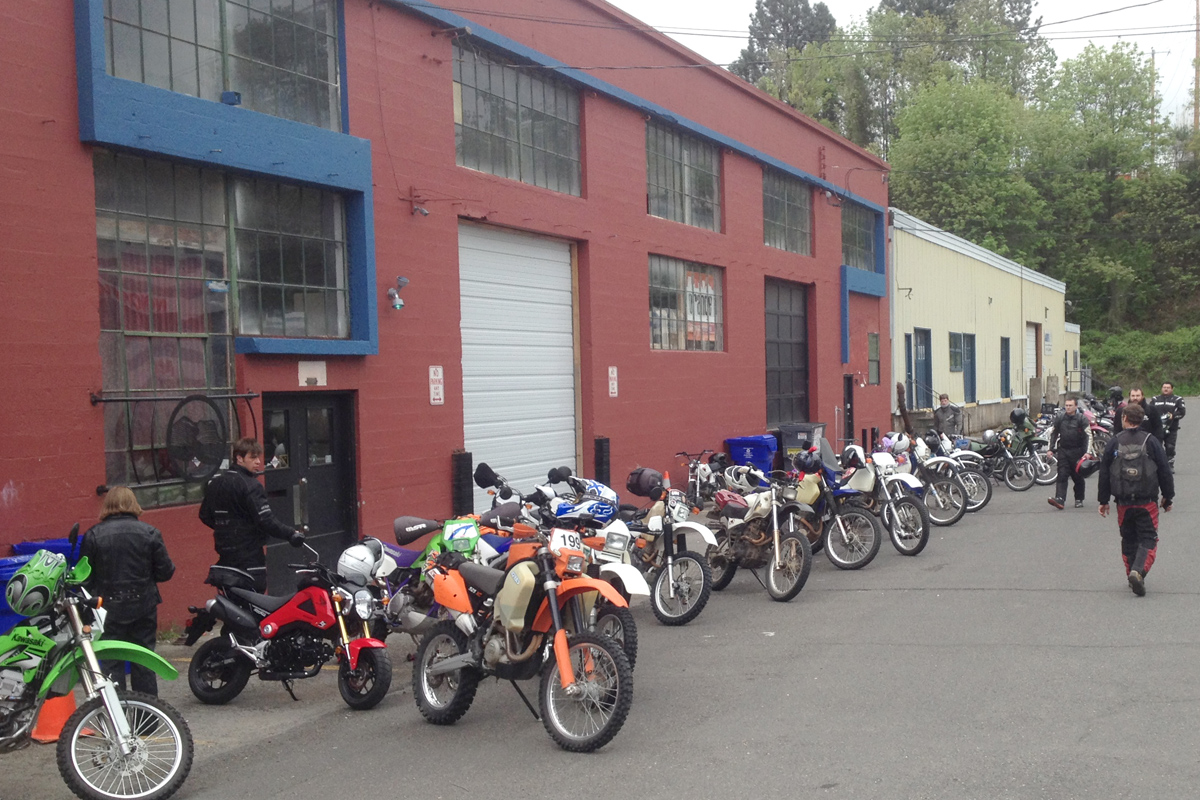 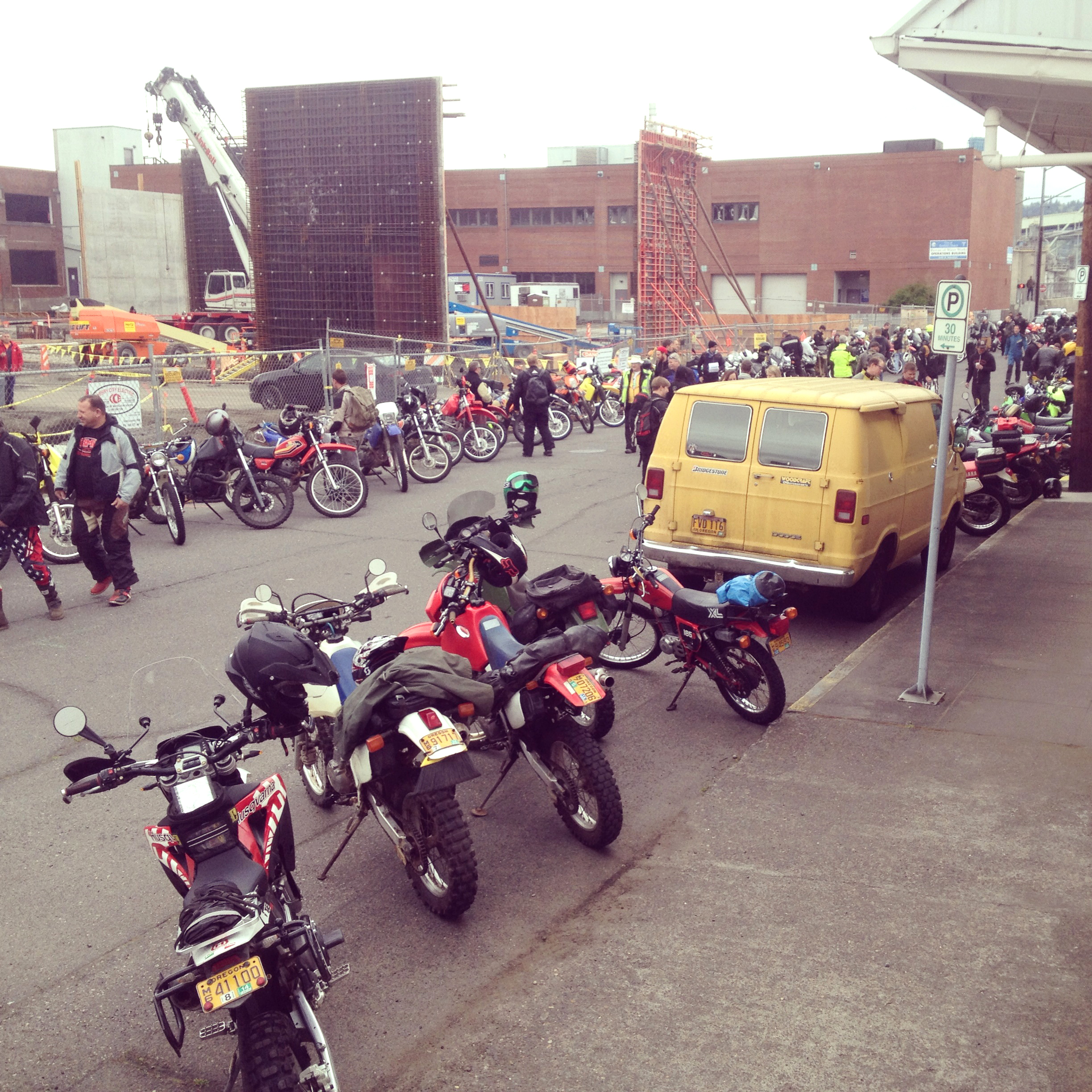 All sizes were welcome... 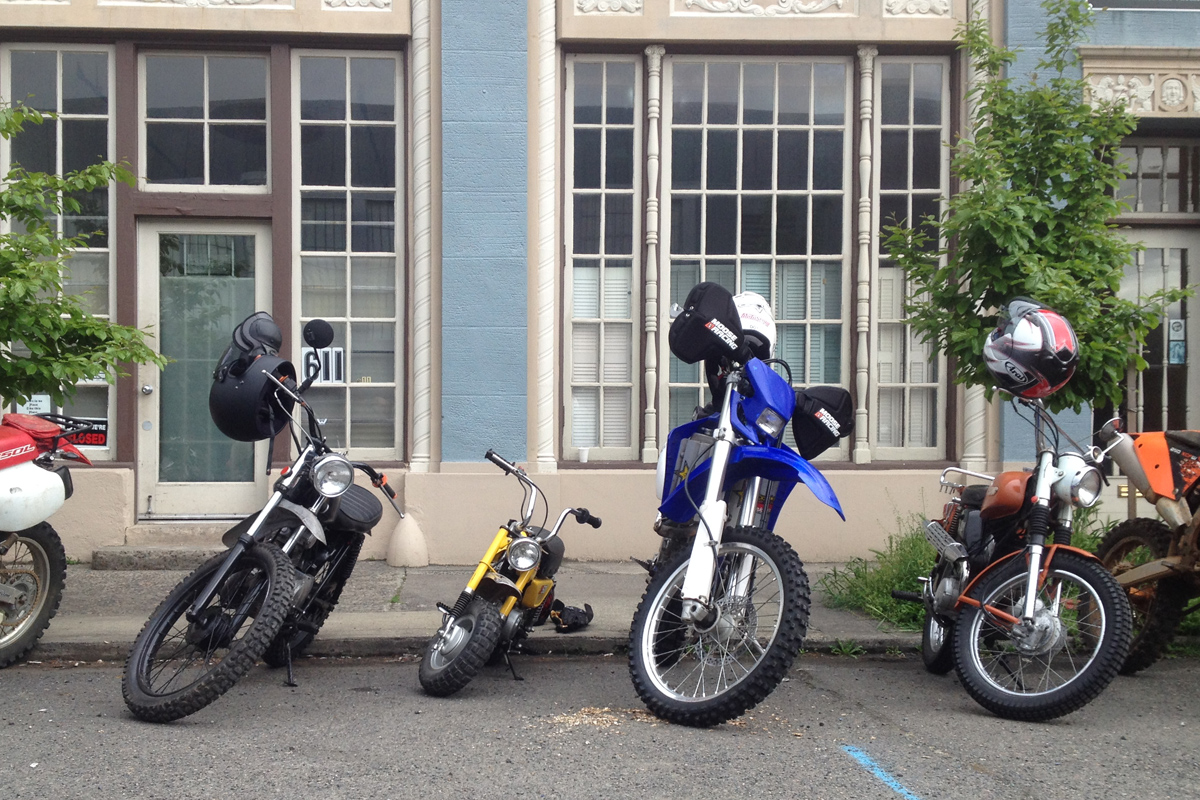 And there was also this offering from Moto Corsa (which initially made its debut at the One Moto Show). Yes, it rips, in case you were wondering. 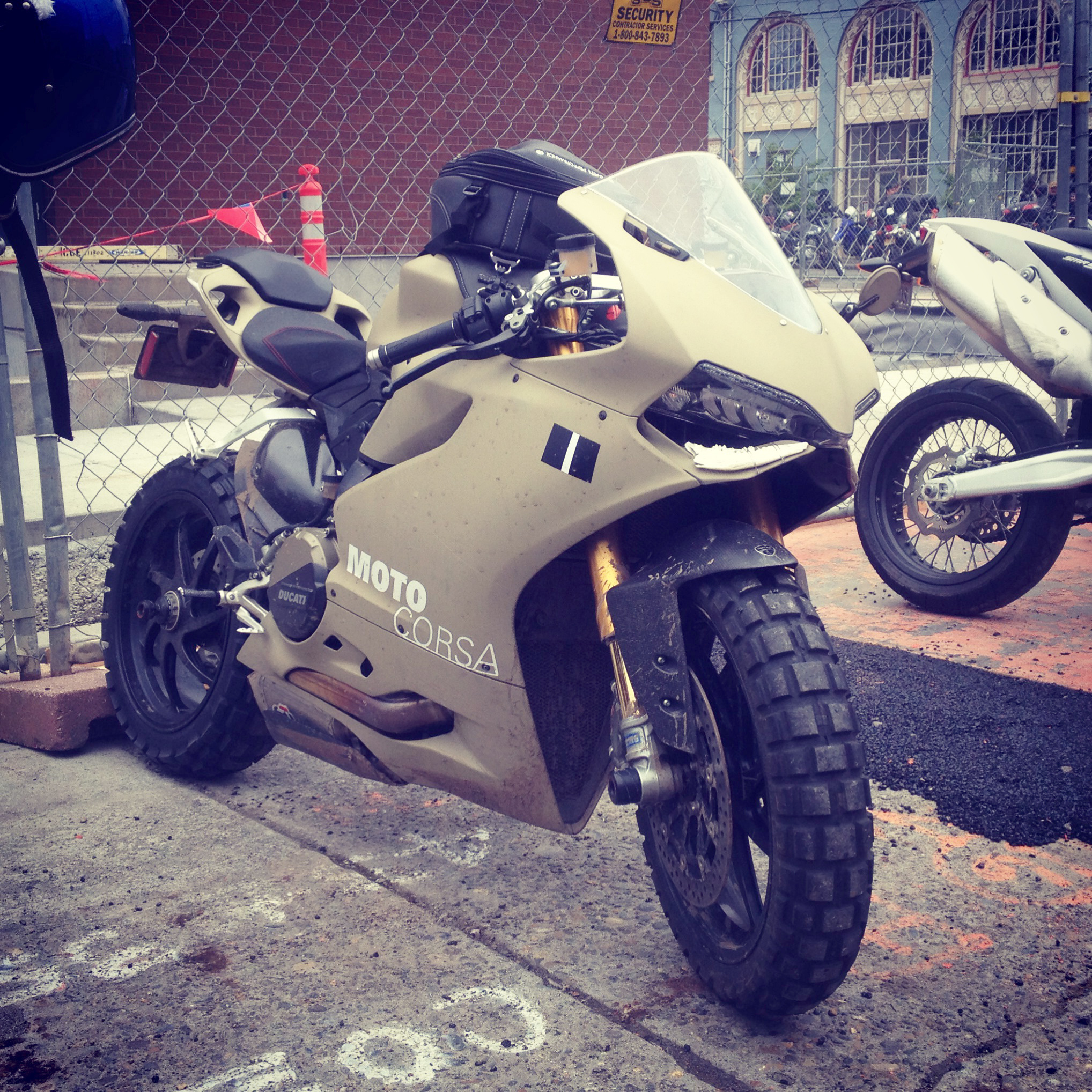 So now that summer is half over, and my hibernation is winding down I've got two big rides in the works over the next two months. Stay tuned for news from the Olympic Peninsula, and later from the Grand Tetons!